I am martinn your host

I, martinn, was born in Paris a few decades ago in a family with British and American cousins.

Some years later, I was educated as a pharmacist, and had a student job on rue  Etienne Marcel in the early 70ies and then  bought a Pharmacy next to Stohrer on rue Montorgueil.

Married with 3 children, the family history brought me to sell the Pharmacy and happily moved to the USA (upstate NY) for 3 years. When we came back my children attended an International school in Paris West outskirt (I was on the board,  in charge of organizing parties for the school) Then they attended Universities  both in the UK and US.

So since 1991, I have developed cross culture skills, always living in an English speaking international environment. I worked at the American School of Paris for 3 years from 2003 to 2006.

About my hosting "foodie" and Gourmet culture:

I was raised in a family where good food and hosting were important words.   So as early as I could, I hosted friendly parties and organized group dinners.

When I moved to a small town in the USA, I had to professionally host parties and also developed cooking skills as the family wanted to enjoy good slow food. I also wanted to share my French foodie culture with the community and enjoyed teaching French and French food to young American children.

When I came back in France, I  shared my cooking skills with both English and French groups, adults or children.

For 4 years between 2007 and 2011,  I run a 5-bedroom BnB in the South West of France (halfway between Toulouse and Biarritz)  with breakfasts of course but also "Table d'Hôtes"       dinners, workshops, cooking classes, parties especially during the Marciac International Jazz festival. And coming back to rue d' Argout  during Winters.

All along these years, every time I can, I attend various cooking classes with different chefs (French, Japanese, Lebanese, Indian, Dieticians Everywhere I go in France or around the world, I take cooking lessons, buy cookbooks, discuss with restaurant chefs.

About my  cultural skills:

History and blending cultures have been an important part of our life in our family.

I  still spend hours  reading on Paris, French History, touring Paris with other guides and specialists, reading about food trends and new addresses

I prefer soaking in the atmosphere, understanding the culture, meeting people rather than crossing out a “been there done that” list. I favor experience versus just discovering and I am ready to help you unwind, relax, escape your usual rhythm, when you sojourn in Paris.

Now if you are here for a short stay, for your first time and would like to discover the basics, I can help you as well to organize your visit.

When you visit a place, it is always nicer to get an insider’s view. Let me be your insider’s guide in Paris. I can design tours, organize a “table d’Hôtes” so we can spend more time sharing Paris, French culture and yours.

I am part of a net of nice BnBs around the world. I selected those who share the same  idea about  hosting. I’ll be happy to share with you if you need some recommendations.

When visiting you want to live like a French, a Parisian not being “only” a tourist. You’d like to avoid some “culture shock”, you ‘d like to beat the “prejudice” against the French and Parisians, you’d like to discover what made French meal part of the Unesco patrimony, you’d like to shop like a Parisian, discuss with shop keepers, find why all chickens are not the same, and why price can “largely” vary; why French put a lot of pride on food origins, why they select their little shops with great care…

Behind Architecture and Art, you’d like to discover the French History, French culture, how Paris became Paris

Then book with me, martinn, I know what culture differences and sensibilities are, what can shock you and why you could shock a French ; can help you easily avoid some difficult issues and help you enjoy your stay from A to Z, have a real experience and feel part of the community. 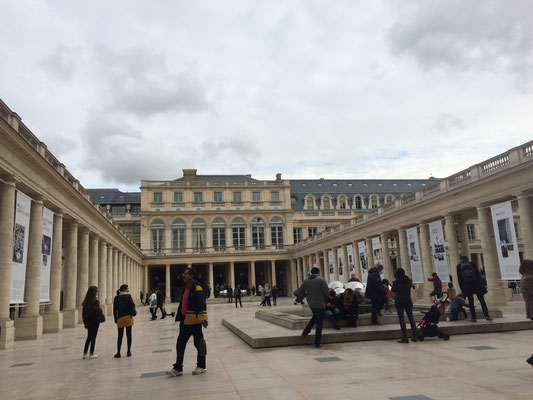